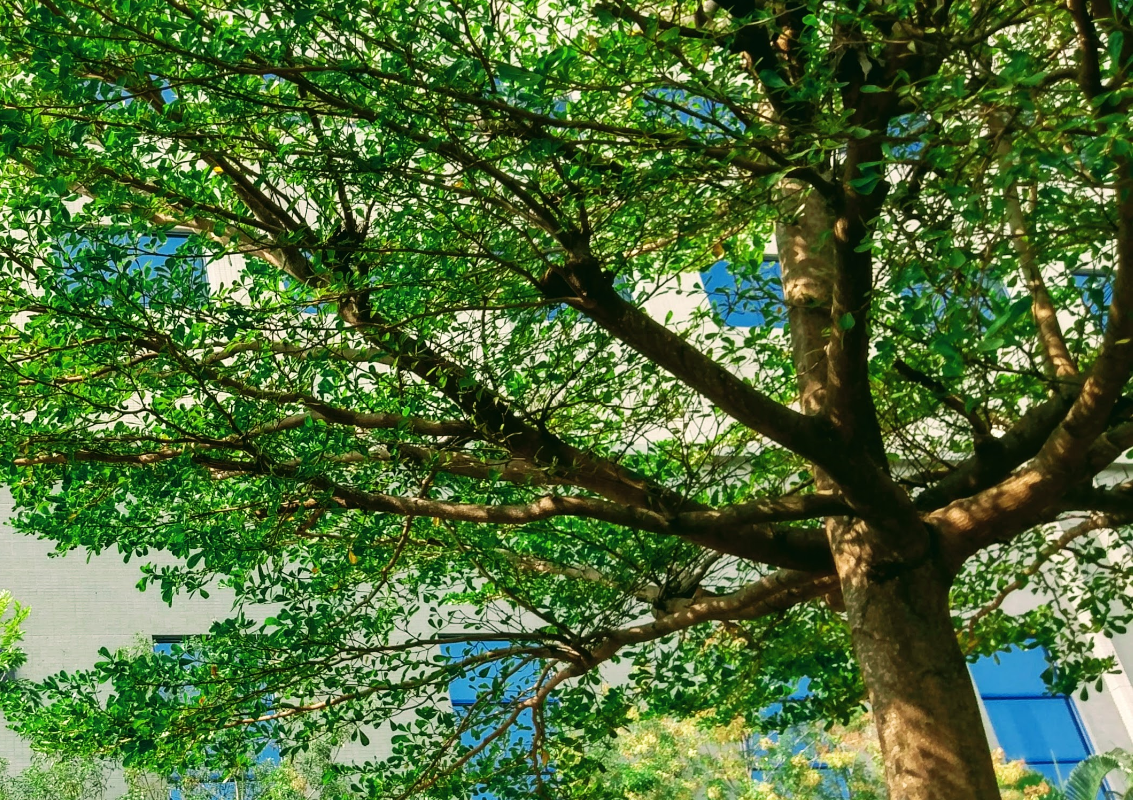 In addition to their own professional careers, these three global entrepreneurs and masters have made enormous contributions to human society through carefully-planned charitable trusts and the creation of numerous possibilities for changing the world. These venerable achievements are well worth emulating.

If you had the chance and ability to engage in charitable initiatives, what missions we are going to pursue and where we want our investments to go?

Of the four missions mentioned above, how many years would it take to achieve tangible outcomes? What would be the scope and scale? What should the project tasks be? What are the talent and manpower requirements? In which area or district should the project be started? Which professional fields must be involved for the mission to succeed? How should the tasks be sequenced? How to plan and organize the budget? How to raise funds? Should it be local, national, regional or global? How to evaluate the results? How does a foundation carry on if the main donor passes away?

All of these issues must be considered when planning the four aforementioned missions. It is quite understandable that operating a “successful” NGO is not an easy task. These four goals are in fact the missions set out by the “Bill & Melinda Gates Foundation”, currently the world’s largest charitable organization with over US$40 billion in trust assets.

The Gates established their foundation in 1997. Bill then decided to donate all his US$58 billion assets. In June 2006, billionaire Warren Buffett, a personal friend of Bill’s, became a partner and pledged to invest 85% of his US$44 billion fortune in stocks to the trust. Buffett also visited China on behalf of the Gates’ Foundation, lobbying for entrepreneurs to donate all of their assets in the future as a way to give back to mankind.

Sustainability is a very important perspective to evaluate the success of a charity business. Some say that rich people should pay taxes and let the government decide how to allocate resources as trusts and foundations are frequently established for tax evasion purposes. Why do the world’s developed countries still insist to provide tax relief for donations? Studying the logic behind, it will reveal why the developed countries prefer introducing the strength of the private enterprises to break through the possible limit of official department.

In 2017, UBS, the Swiss multinational investment bank, and the widow of Luciano Pavarotti (one of the top three tenors in the world), jointly hosted a charity forum in Hong Kong. Why do banks need to run charity forums? Is charity not simply about making a donation to good deeds? Why is it still necessary to hold a forum? To sing your own praises? No, I do not think so.

Although Pavarotti passed away years ago, the charitable trust he established before his death continues to allocate funds for cultivating a large number of music talents every year. During the forum, an individual whose family has been involved in caritative initiatives for two generations stated that they established a charity fund focused on environmental protection as the result of their successful business manufacturing musical instruments. The fund plants forests in northern Europe and grows trees suitable for making musical instruments, thereby preventing deforestation. Wood is harvested responsibly and sold to the family to be turned into musical instruments. Profits gained are reinvested into the fund to continue the cultivation of forests. The charity’s actions towards environmental protection go on incessantly while simultaneously providing the founding family a continuous source of raw materials. This is an excellent example of a charitable trust, and it is evident that Western societies’ social welfare initiatives have developed earlier and are more mature than ours.

There are indeed certain differences between charitable work and a career in public welfare. Many Western entrepreneurs, after forging successful careers, hope to give back to society and promote public welfare. A “public welfare career” refers to public welfare undertakings that will not just be short-lived efforts, but a continuous legacy or an opportunity to reverse or improve society’s long-term issues by committing to long-term work. Furthermore, if donors do not pass down their wealth to their children but instead invest in public welfare undertakings, it is expected that their charitable legacy will continue to live on instead of declining due to the passing of the founders or a lack of donors.

Take the H Foundation for example, which is currently in the phase of performing charity “work”.  In recent years, the annual budget has been around NT$13 million. Over the past decade, the Foundation has helped more than 200 families, enabling many disadvantaged families to improve their living standards. The H Foundation, however, has its limits in that it is funded solely by Hermes-Epitek. Originally, the Company had hoped to provide uninterrupted funding every year so that the H Foundation could be free from the worries of fundraising. However, the Company is concerned that the Foundation might not be sustainable enough. If the H Foundation’s successful experience can incentivize other companies to invest in similar initiatives, they could set up organizations to do good for society. In this way, our charitable actions can continue well into the future, which is our original purpose. For some foundations, most of their work consists of fundraising, which ultimately leads to the prioritizing of this task over public welfare activities, as they otherwise would not be able to survive.

Therefore, the donation of assets to establish a joint“2 in 1 charity trust plus foundation” model has been widely adopted in developed countries. This is also the model that has been adopted by Bill & Melinda Gates Foundation. This approach has created a steady support for the sustainable operation of the Foundation by incentivizing investments from the world’s top philanthropists. Take the Gates’ Foundation as an example: it has helped to eradicate polio around the world, and they now want to tackle AIDS and other diseases.

If a foundation took it upon itself to eliminate cancer, what a contribution that would be to humanity! But how can this be achieved? Completing such a mission successfully will indeed be extremely challenging; it will also be a long-term mission requiring the continuous investment of resources and talents to even have a chance to succeed. It is necessary therefore to advance towards the creation of a long-term public welfare “career” in order to attract the public so that charitable undertakings can become a collaborative effort.

For Long-Term Funding, a Trust is Required

The largest proportion of assets in Bill & Melinda Gates’ Trust is constituted by stocks, with one of the biggest investors being Warren Buffet. Of these stocks, the highest proportion is contributed by the Buffet-led company, Berkshire Hathaway B shares , with a total present value of US$11.3 billion. In 2016, the Berkshire Hathaway equity net worth in the trust grew by 11.36% (YOY). Although the Foundation spent US$5.77 billion that year thanks to the support of the trust, the trust’s total assets still grew by 2% from the previous year to US$40.1 billion. Even after spending US$5.77 billion in one year, assets are still growing, meaning that stocks and donations are increasing in value and that future expenditure won’t be a problem. This is the connection between trusts and foundations: a concept of continuous growth. Therefore, in developed countries’ legal frameworks, donors can entrust the trustee to protect and manage the trust’s assets, invest them as they deem necessary and subsequently distribute the profits to the foundation to carry out public welfare. Sustainable public welfare initiatives can attract the right people to do the right thing for a long time.

The establishment of a charitable trust will help donors to continue to give back to the society as donating stocks to charitable trusts can ensure that the investment direction is what the donation was meant for. The framework of “Charity Trust + Foundation” allows donated resources to have an opportunity to continue generating profits within the trust, which can then be reinvested in different foundations and public welfare initiatives. Of course, donations may not always be profitable, and the scale of the trust fund may become smaller and smaller.

Foundations and charitable trusts hope that through this mechanism, The part of the national resources that cannot be achieved can be done by private foundations, and a stable and peaceful force of contribution will be formed throughout the world. The private sector can operate even more efficiently by investing the donor’s private resources into altruistic causes.

Donated Money will not Return to the Donor

Finally, what needs to be addressed is that private donations, or the profits that are naturally derived from the charity trust, will not return to the original donor. Some misled donors may want to use the money they donated on self-benefiting activities, for example charging private expenses to the foundation . Therefore, to judge how a foundation or charitable trust is being run, a great place to start is by examining where this organization has spent its money. Then its true nature will be revealed.

Looking Forward to the Emergence of Carnegie, Rockefeller, and Bill Gates Foundations in Taiwan

In 1870, the first Rockefeller established the “Standard Oil Company” and accumulated an enormous amount of wealth. In 1913, forty years after starting his business, Rockefeller donated 72,569 shares of the Standard Oil Company, with a market price of US$50 million, to establish The Rockefeller Foundation in New Jersey. In the following 75 years, a total of about US$750 million was invested into public welfare: the biggest undertaking of its kind during that time.

In 1935, Under the administration of President Roosevelt, a tax law enabling donation expenditure in public welfare activities to offset corporate income tax was promulgated in the United Stated. Organizations that benefited with certain tax exemptions were also required to publish annual reports. A new tax law was introduced again in 1950, requiring profit-making activities affiliated with charity foundations to pay tax in the same way as general profit-making enterprises. The legislation amendments have undergone dynamic adjustments throughout the years , which is also the case in Taiwan.

The first Rockefeller dedicated forty years of his life and wealth to the Rockefeller Foundation, thus making a significant contribution to the world. From the economic boom of Taiwan in the 1980s nearly 40 years ago to today, entrepreneurs’ mentality has changed throughout the times as many of them are now considering how to give back to society. We hope to incentivize the allocation of resources for public welfare purposes, so that Taiwan will one day have the opportunity to make great contributions to its society, the country, and the world by emulating the public welfare foundations of Carnegie, Rockefeller, as well as Bill & Melinda Gates.